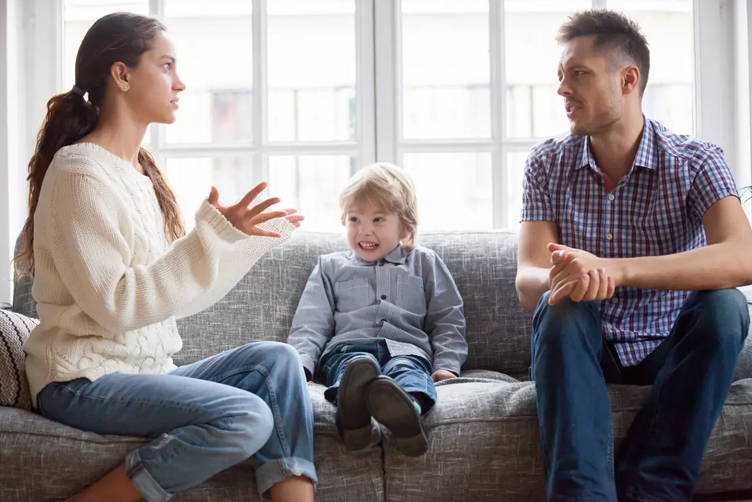 Valentine’s Day is around the corner—and while we enjoy chocolates and a nice dinner out as much as anyone, February 14 is a day that makes us even more mindful of how Canadians handle the subject of spending with their significant other. Surveys show that coupled Canadians spend around $160 on Valentine’s gifts, but what they don’t provide insight into is what happens if one partner spends more than the other feels comfortable with, or thinks their partner “wasted” that cash on a frivolous gift that the recipient doesn’t really value.

How to stop fighting over money

Fights about money are the leading cause of divorce—but money often isn’t the real problem. These four steps can help you get past the squabbles and achieve a healthy, financially successful relationship

A recent survey of married couples 25 and older in Money magazine found that 70% of household arguments are related to money—not chores, snoring, who’s making dinner, or even sex. And when left unchecked, fiscal fisticuffs can have serious consequences. A 2013 survey in the journal Family Relations found that disputes over money are the leading predictor of divorce—and the earlier these fights start, the more likely that outcome.

What most couples don’t realize is that the root of these conflicts is rarely money. Unless the problem is related to a clinical disorder, such as pathological gambling or compulsive spending, the conflict almost always boils down to contrasting values. Few couples are comfortable talking openly about money—it’s less taboo to talk about politics, religion or your latest digestive issues. But finding a way to have honest discussions about your finances is critical—many therapists even recommend financial counselling as a prerequisite to marriage.

If you’re not ready for therapy, but you think you and your partner could deal with money issues better, read on. Here are the four crucial steps you need to take now to achieve a happier, financially sound relationship.

When couples in conflict come to see Dr. Brad Klontz, the renowned American financial psychologist and author of Mind Over Money, he doesn’t want to hear the particulars. Instead, he wants the couple to talk about what he calls their “money scripts.”

“These are the beliefs we have about money,” says Klontz. “They’re very idiosyncratic. They’re subconscious. They’re multi-generational. We’re taught them in childhood, and most of us have very different experiences growing up. Couples come to the plate with entirely different money scripts.”

These competing belief systems, Klontz explains, are usually at the root of conflicts over money. Couples are often doing fine financially, but they disagree with their partner’s way of thinking—so while money is the catalyst, it’s not actually the problem.

Take Harrison and Shanna Blizzard of Red Deer, Alta., who recently found themselves at loggerheads over whether they should buy a home. Harrison, 29, wanted to focus on paying off his student loans while Shanna, 26, insisted they needed to move quickly in an overheated housing market.

A simple number-crunching exercise showed that the couple could afford to do both. But clouding the issue were the Blizzards’ different perspectives on home ownership. Harrison’s family had always rented, and that’s what he felt comfortable doing with Shanna, at least for the time being. “I felt buying a home was something you did many years into a relationship, like my parents did, not at the beginning,” he says. However, Shanna’s upbringing led her to believe home ownership is the bedrock of a financial future. The couple was only able to move forward when they stopped arguing about what they could afford and started understanding the larger issue.

“There’s so much value in sitting down and having a discussion about money scripts,” says Klontz. “Ask your partner what their mother taught them about money. Ask about their financial goals and fears. When couples act as therapist to each other, it puts everything in a new perspective.

Call it cliché, but “opposites attract” is often true. If you spend your paycheque freely, you may be attracted to someone who’s more conservative with his or her finances, and vice-versa. “When we fall in love we’re intrigued by differences,” says Ruth Hayden, a financial educator and counsellor in St. Paul, Minn. “We fall in love because of those differences. But after we make a commitment we wish we had fallen in love with our clone.”

Things can quickly go south when marriage enters the equation, Hayden says. Differences that were once appealing soon become a source of frustration when couples start making big financial decisions together. The tense money conversations begin before the wedding and they continue shortly afterward, when a couple begins to discuss buying a home or having kids. Keeping these kinds of fights to a minimum is in your best interest, though. Partners who fight about money weekly are 30% more likely to end up divorced than those who disagree over money only a few times a month, according to Utah State University researchers.

Also keep in mind that such differences don’t have to be a bad thing; in fact, they can be complementary, says American clinical psychologist Dr. Jonathan Rich. In his book The Couple’s Guide to Love and Money, Rich explains that everyone’s financial personality has three dimensions. The first is lifestyle, which reflects how you feel about spending, and whether you want to live luxuriously orconservatively. The second is risk tolerance, a measure of your comfort with gambling or taking speculative risks with money. The third dimension is financial dependency, a measure of your desire to pull your own financial weight., or let someone else look after you. Rich argues that many couples don’t realize that differences in their money personalities can actually bring balance into their lives.

That was certainly the case for Lori Lukasewich and her husband Tom Smy, both 29 and engineers in southern B.C.’s mining industry. Earlier in their relationship, over-spending had become a source of tension when they were saving for a down payment on a home. “Tom’s philosophy on savings is much stricter than mine,” says Lori, who admits her love of shopping for jewelry and handbags was getting in the way of their shared goal. When Tom expressed his concerns, Lori got a wake-up call that led to greater accountability, as well as a discussion about a budget they could both agree on.

Commit to change The biggest obstacle faced by any couple quarrelling over money is finding a way to fight fair, says Hayden. “I’m always stunned by how rude couples can be to each other. They don’t know how to talk issues through and create a middle ground for compromise. Most of the time couples just want the other person to change.”

The usual pattern of conflict is verbal sparring, followed by one partner acquiescing, or both simply choosing to ignore the problem altogether. An even greater problem with this cycle, says Klontz, is the exaggerated positions couples can take if the disagreement goes on unabated. “Once you take a side, the other person will take the opposite.” He says the average couple will have the same circular money arguments for seven years before seeking assistance.

Toronto couple Monique Phillips, 21, and Jason Appiah, 22, can relate. Their problems started when Jason agreed to lend Monique money to get her new catering company up and running. So far, the business is doing well, but as it grows, Monique has periodically needed funds on short notice to buy ingredients and fill orders from new customers. “Jason had told me I could use the money from his personal account for business emergencies. But if I didn’t tell him in advance, he’d get angry and frustrated with me,” says Monique. “I felt uncomfortable, but kept doing it anyway.”

A solution only came about when Jason sat down with Monique and assured her that he fully supported her business, but he needed to be in the loop if money was coming out of his bank account. In return, she agreed to show him her business budget every week. “It takes one partner to break the cycle,” Klontz says, but ultimately couples must figure out a way to negotiate a solution to their problem together. “Otherwise natural personality tendencies will never change.”

Jason and Monique resolved their conflict by actively listening to each other, but the fact is most attempts at money conversations inevitably flounder and fail. A classic backfire is what Klontz calls the “drive-by money conversation” where one person is in the kitchen tidying up and is suddenly on the receiving end of an exchange that comes off like a cross-examination. “Most of these conflicts will never be resolved if you think you’re 100% right and they’re 100% wrong,” say Klontz.

The key to effective discussions about money is to create an environment where emotions are kept in check, says Toronto financial therapist Amanda Mills. “Most people are only reactive around money—they need to be proactive. Beingreactive just derails the conversation.” But learning how to have disagreements about money without all the melodrama can be difficult, Mills says.

Her solution: Go on a “money date” in a neutral setting like a restaurant, where you and your partner will be less likely to fight. Think of it like a business meeting, Mills says. “After all, together you’re a business and you want to make sure you’re satisfying your partner in that business.” If emotions do kick in, shut the meeting down immediately and try again another time. “But if they want to go ahead and keep on fighting in the bedroom that’s OK,” says Mills.

Hayden has a similar approach when advising couples on how to discuss their finances. She suggests they try meeting once a week, but only for an hour. “Otherwise, it just becomes a marathon and they get cranky,” she says. And above all, “there has to be rules about being nice to each other. You can’t roll your eyes. You can’t be disrespectful. You have to trust each other, because that will be incredibly motivating to keep moving forward.”

Also, try to steer the conversation toward your shared goals and how you want to spend money together, advises Klontz. The best way to do that is to visualize something specific—like a dream home or the day your son or daughter starts university. “All of that is motivating and exciting, and it makes people want to break out the spreadsheets. It’s the same way I encourage people to approach budgeting. If you just look at it like a diet you’ll start craving cheeseburgers.”

If you can’t find ways around your financial difficulties on your own, says Klontz, seek help. That’s the agreement he and his wife have. “That’s our emergency plan. If we hit a stalemate, we’ll agree to meet with a third person: that could be a financial therapist, a financial planner or even a minister. I work really hard not to have to talk to that third person.”